Raised in an atheist home in San Diego, I’d have made a good candidate for the “least likely to end up in ministry” award. But a good friend on my college wrestling team, Will Wilson, introduced me to Christ and modeled for me what it looks like to walk with the Lord daily in a profoundly personal and rewarding way. By God’s grace I believed the Gospel and, toward the end of my freshman year, sensed a call to vocational ministry.

During my sophomore year, the same friend introduced me to Lynn, who would later become my wife. Besides being beautiful, she was clever, self-assured and probably the funniest person I’d ever met. After marrying in 1983, we moved to Chico two years later and have called Chico home ever since.

We are blessed to have four really cool kids: Lauren, Joseph, Jesse and Tilly and four exceedingly adorable grandkids, whose pictures we will gladly show you anytime, anywhere. We also have a dog with serious spatial awareness problems. But he’s cute, so we put up with him, probably because we have our own arguably more serious issues.

We love hanging out with family, taking walks and bike rides in Bidwell Park and working in our yard. Lynn enjoys sewing and shopping. I hate shopping, except for books. We both consider ourselves incredibly rich when it comes to our friends.

I absolutely love the local church and believe that it is the hope of the world. Too often it gets a bad rap, sometimes legitimately so, because we Christians can do some really dumb stuff. But the Church is still Christ’s bride and He is patient with us, seeking to make us an increasingly accurate reflection of Himself. I consider it an unspeakable honor to be a pastor.

Postscript: That good friend in college who introduced me to Christ and later, Lynn, moved to Chico with his wife, Lindy, and family. Now he is the Lead Pastor of an amazing church in town called Firm Family. He and Lindy are among our dearest friends. 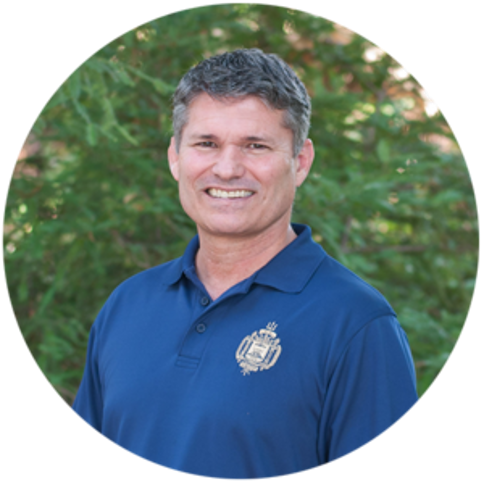